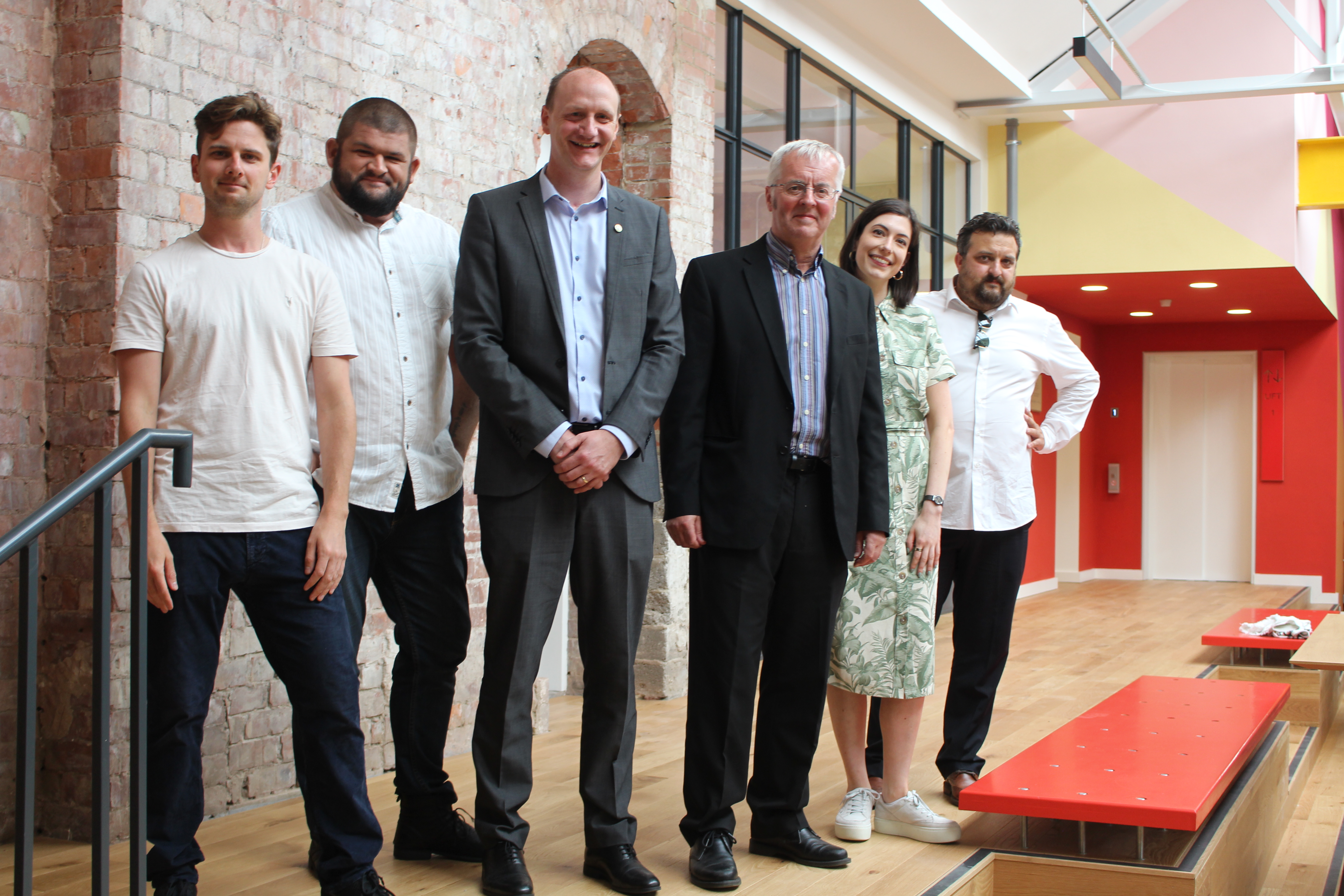 An exciting new creative industries development programme is being kick-started with backing from the Tees Valley Mayor and Combined Authority, in partnership with top agency Northern Film + Media.

Tees Valley Screen is being set up to provide support to individuals and businesses in the region who work, or are looking to enhance their work, within film, television and moving imagery. Regular networking events, training, and access to industry experts will be held as part of the scheme, providing opportunities for funding.

It is anticipated that the initiative will be run from Hartlepool’s new BIS centre. The £3million Grade II Listed former Post Office building in Whitby Street, forms part of the wider Innovation and Skills Quarter (ISQ) project that aims to revitalise Church Street and develop a thriving creative industries quarter.

The region has recently played starring roles in a number of film and television productions such as Vera, Victoria, Inspector George Gently and has featured in Hollywood blockbusters such as Atonement.

The British Film Institute (BFI) estimates that the film industry contributed £6.1billion to UK GDP in 2016, an increase of 20% from the previous year. The Tees Valley continues to promote itself as a filming-friendly, welcoming and adaptable place to base productions.

Ben Houchen, Tees Valley Mayor, said: “In the Tees Valley we have a fantastic heritage in the creative industries, with film directors Tony Scott and Sir Ridley Scott and artist Mackenzie Thorpe learning their craft at West Hartlepool College of Art.

“This heritage continues to inspire local people today, meaning we have a thriving and growing creative sector in the region that we should be proud of.

“Businesses involved within the creative industries play an important and growing role in our economy, which is why we’ve been investing to support creative enterprise across our region.

“We know the value that the film industry can bring, and that’s reflected in our ambitious agenda for economic growth in the Tees Valley.”

Councillor Shane Moore, Leader of Hartlepool Borough Council, said: “I’m delighted Tees Valley Screen is being established to support those in our region who work – or are looking to expand their work – within film, television and moving imagery. I’m particularly pleased it is anticipated this initiative will be run from the BIS, Hartlepool’s new £3m centre for the creative industries.”

John Tulip, Managing Director of Northern Film + Media, said: “We couldn’t be more delighted to expand Gateshead – based Northern Film + Media to a second outpost in Tees Valley. There’s an incredible opportunity being seized there to make the dynamic, creative and future-proof industry of film a hallmark of the region, and to enjoy the subsequent return on investment that will follow. We can’t wait to see what comes out of Tees Valley Screen.”

A steering group for Tees Valley Screen has been appointed to shape the content and direction of the programme, made up of prominent regional industry specialists. Representatives include Adam Boubada of Couch Potato Films, Creative Producer Jennifer Corcoran, Daniel John Williams of DJW Talent Agency, Matt McGough from Ithica Films, award-winning writer and director Andy Berriman, Gemma Hall, a film producer and disability advocate within the film industry as well as visionary filmmaker Maxy Bianco.

Northern Film + Media has successfully helped to secure a major new film which will be shot in the region later this year. It has already released its first open call for artist residencies, supported by Arts Council England and Tees Valley Combined Authority, to experiment with new cutting-edge technologies. Two people from the area have recently been recruited to lead the project across the Tees Valley with Northern Film + Media.

For more information on upcoming events and commissions, go to the Tees Valley Screen website www.northernmedia.org/project/tees-valley-screen.

For more information about Tees Valley Screen or to request an interview, contact Jenny Cusack on cusack.jenny@gmail.com.