As you’ll see from this newsletter, almost every aspect of our work – from transport to the South Tees Development Corporation, education to business – has seen at least one big announcement over the past three months.

The biggest news from my office recently was a huge milestone for one of my major election pledges. A deal has been reached with Peel Airports to bring Durham Tees Valley Airport back into the hands of the people, for the people. My £40million proposal to acquire Peel’s 89% shareholding in the airport and 819 acres of surrounding land will now be brought for a vote at an emergency Cabinet in January.

We are not just investing in our airport though, rail is also high on the agenda. In November, Cabinet approved my plans to earmark £45million of the Transforming Cities Fund to kick-start the redevelopment of Darlington and Middlesbrough stations. The area also got a boost in the Autumn Budget, with an extra £16.5million pledged to the Tees Valley for even more public transport upgrades, taking our overall Transforming Cites Fund to £75.5milion.

We have also seen two huge landmarks in the devolution of the Adult Education Budget, following the signing of an order in Parliament, we have launched a commissioning portal for the provision of Adult Education services. On top of that, we have invested £11million into two projects to keep us at the cutting-edge of advanced manufacturing and biologics.

On 30 November Cabinet endorsed the appointment of Julie Gilhespie as Chief Executive of the Combined Authority, Julie had previously been the former Interim Managing Director and Finance Director.

To support all of this, we have also launched our Talking Up Tees Valley initiative. We’re working with businesses, organisations and our constituent councils to highlight the best of what the Tees Valley has to offer for those looking to invest, work, live or visit the region.

By singing from the same hymn sheet, we’ll have an even more powerful voice to shout about the brilliant work we’re doing – as outlined in this newsletter – and attract investment, talent, tourists and jobs, putting Tees Valley ahead of the pack.

Julie Gilhespie has been appointed Chief Executive of the Tees Valley Combined Authority after her recommendation to the post was unanimously approved by Cabinet at its 30 November meeting. Middlesbrough-born Julie has held the role of Interim Managing Director since May 2018, after previously joining the Combined Authority and the South Tees Development Corporation as Finance Director for both organisations.

Julie, a qualified chartered accountant, brings many years’ experience in the public and private sector, particularly working on major public-private infrastructure projects for schools and hospitals.

She brings an understanding of the complex financial and commercial environment facing the Tees Valley as greater responsibilities and funding continues to be devolved to it from central Government. Julie’s role as Chief Executive will be to lead the work of the Combined Authority to make sure that it functions effectively, delivers devolved responsibilities and that it works in an open and democratically accountable way that is accessible and understood by the people of the Tees Valley.

At November Cabinet, the Combined Authority agreed to set a side up to £45million of the £75.5million Transforming Cities Fund for the regeneration of Darlington and Middlesbrough railway stations.

A total of £25million has been designated to transform Darlington station, creating new train platforms for an improved local and national service, future-proofing the gateway for HS2 services and Northern Powerhouse Rail, and improvements to the fabric of the station and wider area.

An extra £20million has also been approved from the same fund for the redevelopment of Middlesbrough railway station. This could see additional platform capacity created to accommodate existing services and increased future services, including those to London. The scheme will also make a number of upgrades to the station itself.

The Middlesbrough scheme is being carried out by the Combined Authority and Middlesbrough Council in conjunction with the Department for Transport, Transport for the North and Network Rail.

A consortium of six global energy giants has unveiled plans to create a huge power plant on Teesside which could run on natural clean gas.

Branded the ‘Clean Gas Project’, it would be the world’s first gas-powered energy plant to deploy full-chain Carbon Capture Utilisation and Storage (CCUS) at scale, meaning CO2 from the plant would be captured and then stored via pipelines under the North Sea. The infrastructure created would also enable wider industry on Teesside and elsewhere to capture and store CO2 from their processes.

The CCUS technology, once fully developed, could also attract more companies to the region that are seeking ways to utilise CO2 commercially, potentially unlocking additional investment, leading to jobs and a greater carbon footprint reduction.

The six companies behind the Clean Gas Project, which is led by the consortium OGCI Climate Investments, are BP, ENI, Equinor, Oxy, Shell and Total. Tees Valley was selected as the best configuration for a CCUS cluster out of 50 business models considered by OGCI. 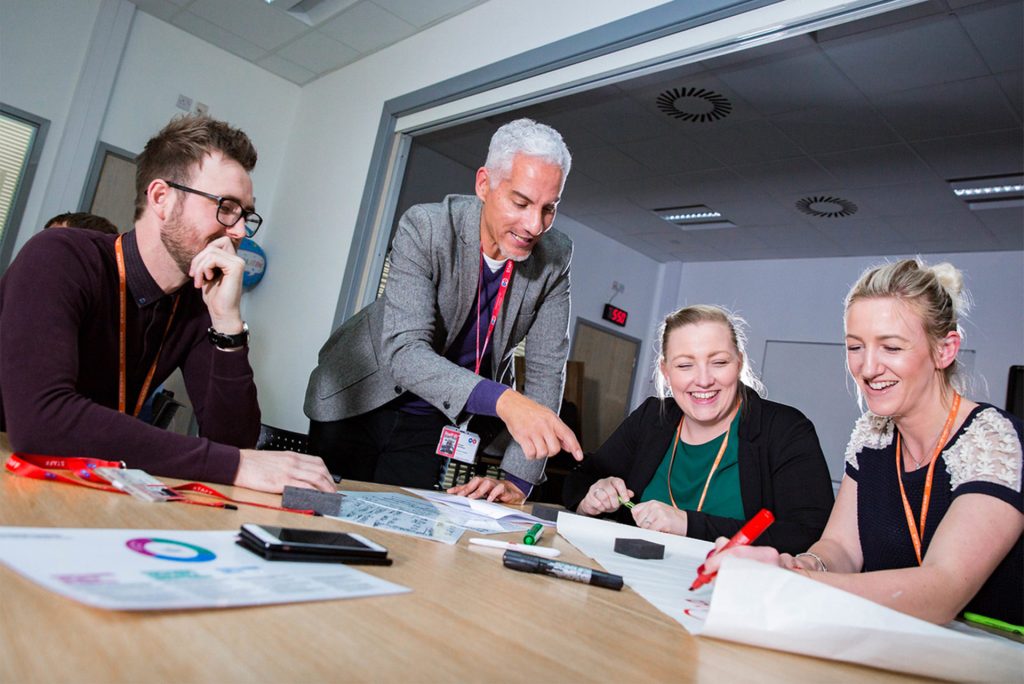 The commissioning process for the devolution of Tees Valley’s Adult Education Budget has now been launched, as the Tees Valley Combined Authority and Mayor take responsibility for the region’s post-19 education.

The Tees Valley Combined Authority (Adult Education Functions) Order 2018, the statutory instrument that transfers control of the Adult Education Budget, has come in to force after being approved by Parliament and signed by Education Secretary Damian Hinds MP in November.

This means that from August 1 next year, the Mayor and Combined Authority will be responsible for an indicative annual £30.5million budget for the 2019/2020 academic year. The powers will encompass adult education delivery, funding, and performance management for Tees Valley residents.

Ahead of the new academic year, the Combined Authority is looking for adult education providers to present their delivery plans for approval. To read more and use the online portal for submissions, click here.

Tees Valley is a region on the up, where five distinct boroughs come together to make one exceptional destination.

To make the wider world aware of the region, to convey the intention and ambitions for our area and to combat negative perceptions, the Combined Authority has recently launched its Talking Up Tees Valley initiative.

A dedicated portal has been created which contains a narrative for the region, with key messages, soundbites, imagery and inspirational videos. These highlight the strengths and unique aspects of Tees Valley across the four main themes of Invest, Live, Work and Visit. A fifth, Learn, is currently under development.

The Combined Authority is committed to improving the perceptions of our area but cannot do this alone. Join us in Talking up Tees Valley by clicking here and using our messaging every time you have a chance to promote our region.

In the last Quarterly Newsletter, I highlighted a new Local Enterprise Partnership recruitment drive, with a view to making the group as active and representative as it can possibly be.

That meant creating a make-up that truly reflects the diversity of our businesses in terms of geography, size and sectors, but also gender and ethnicity characteristics.

I’m delighted to announce that from this drive, we have recruited three fantastic representatives from a range of sectors who are committed to our area and dedicated to seeing it succeed.

They will help us shape the plans that will transform our area and assist in Talking Up Tees Valley, giving louder voices to the cultural, educational and professional services sectors.

But this is just the tip of the iceberg in our ambitions to represent every element of our varied and dynamic business community.

As we aim to have a 50/50 split of male and female business representatives by 2020, one thing is clear – our LEP is going from strength to strength.

A £40million project that will see public sector buildings kept warm by green heat produced in Tees Valley has been officially launched.

The Mayor and the Tees Valley Combined Authority have led the development of a Middlesbrough District Energy Network scheme, which could use waste heat from local industry used to warm public sector buildings, delivering energy and carbon savings, while reducing energy costs.

The Tees Valley has been awarded £218,000 from Government to help bring the scheme forward.

Middlesbrough’s James Cook University Hospital will be the first complex to benefit. Over a 40-year lifespan, the project is expected to reduce the hospital’s carbon output by around 8,000 tonnes per year.

The project, to be delivered in partnership with the NHS Trust, Teesside University and Middlesbrough Council, is now entering the procurement stage for a contract to construct and operate the scheme.

More than £11.6million of funding for two major Tees Valley projects has been agreed by the Mayor and Combined Authority Cabinet.

Working with the Redcar-based research centre, the Materials Processing Institute, the project will allow the manufacture of stronger, lighter metals which are easier to turn into high-precision products and, in particular, be used in 3D printing.

The £9.83milion initiative will initially create 20 jobs, with more to follow. 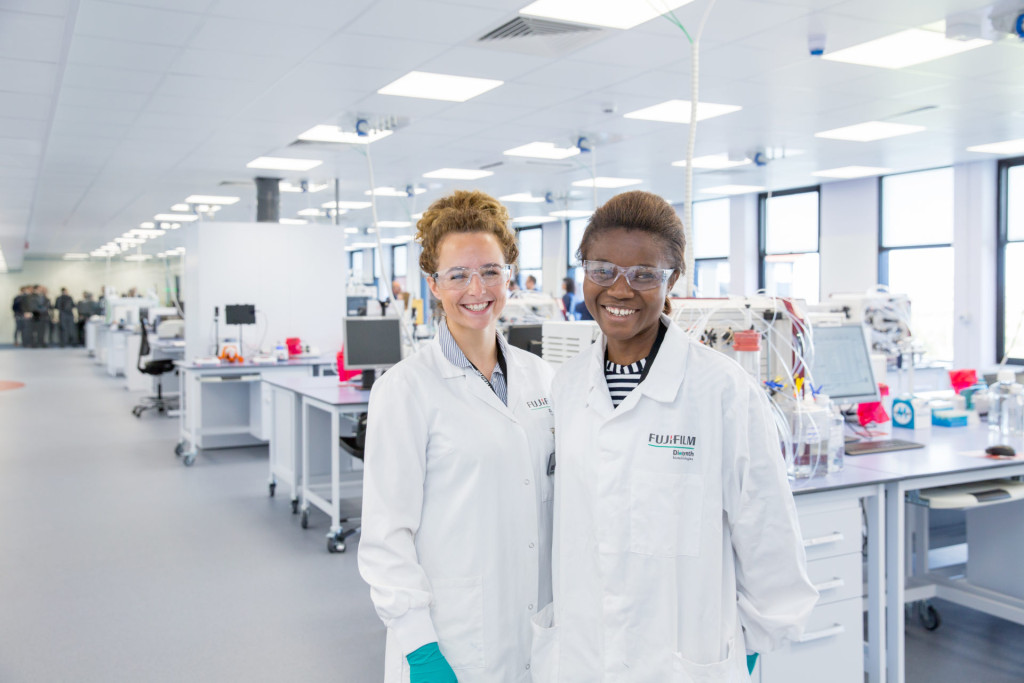 A £7million investment into FUJIFILM Diosynth will aid the development of the biopharmaceutical science company’s £14.5million Biocampus project at its Billingham site. This is expected to lead to the creation of up to 50 high-value jobs and add £4million per year to the regional economy.

The 4,000sqm Biocampus will be high-specification office space, primarily used for manufacturing and business support for its existing 250 staff. A vision for a second and third phase of development could see the creation of a further 200 jobs, with even more value added to the economy.

Up to £14million was also pledged from Government, to be used to prepare a specific parcel of land for development and to enable two major metals projects to move on to the site.

The Special Economic Area is expected to be approved by Parliament this year, with work set to start early next year to get the land ready for the projects.

The fund, totalling £59million, was devolved to Mayoral regions in last year’s Autumn Budget, to be used for improvements to public transport across our region. Six Metro Mayors will receive the additional funding, taking Tees Valley’s overall Transforming Cities Fund to £75.5milion.

A report of the All Party Parliamentary Group (APPG) Inquiry into the UK Shared Prosperity Fund was published in November.  Tees Valley Combined Authority submitted evidence to the inquiry, and the APPG report reinforces a number of the key points that the Combined Authority has raised, and will continue to raise, in relation to the design of the Shared Prosperity Fund.

This includes the following recommendations in the report:

Tees Valley is a flagship for devolution. Our Devolution Deal, and the creation of the role of the Tees Valley Mayor in 2017, places us in the best possible position to deliver new funding, powers and responsibilities to invest in our infrastructure and create new jobs – according to priorities set here in the Tees Valley, rather than imposed from Whitehall.

The new Shared Prosperity Fund provides a further opportunity to demonstrate the added value of devolution. When the current European Funding Programme comes to an end, it is our view that successor funds should be devolved to Mayoral Combined Authorities, so that we can direct investment to meet the needs of local people and local businesses.