Teesside Airport Makes Property The Focus Of Its Next Phase

Teesside International Airport has today (21 October) revealed how it aims to capitalise on its land and property assets as it enters the next phase of its business plan.

Following the multimillion-pound redevelopment of the airport’s terminal building and after it has secured a slate of 15 domestic and international routes alongside a low-cost carrier, work is now ramping up across the wider airport site.

The first images have now been revealed for the new 1,360sq m office space which will be created as part of the proposals, ahead of planning permission being submitted in the coming days. This modern office suite will replace the current ageing landside offices, which are being remodelled into a Sky Bar and new at-height viewing platform.

Check out the CGI video fly through below. 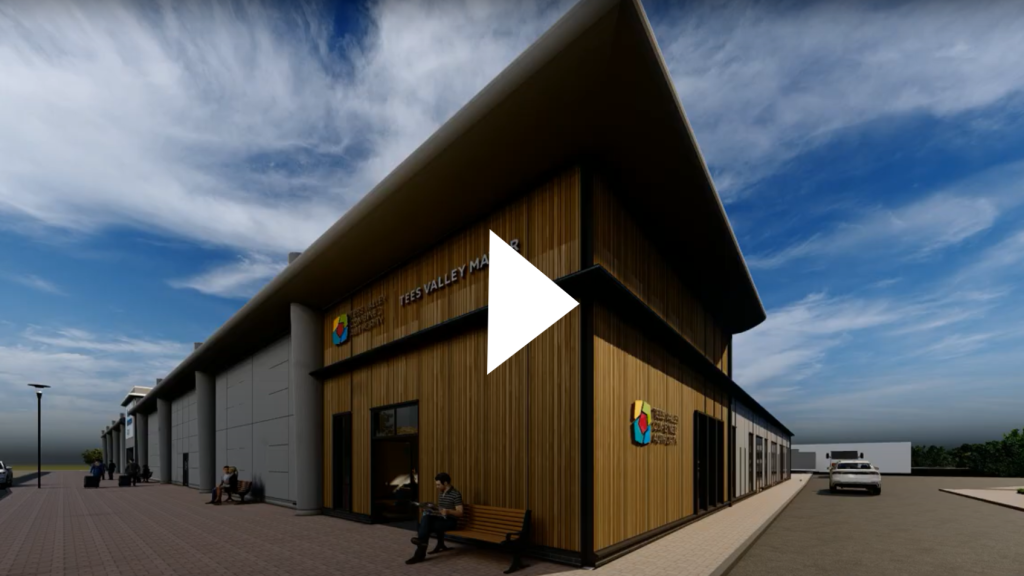 Next month work will also begin on a new road linking the A67 to the southside of the airport, opening up access for its new business park. The airport is also looking to expand its cargo handling capabilities, with a new freight facility expected to be opened later this year.

Tees Valley Combined Authority, currently based at Cavendish House in Stockton, will temporarily move into the new office space next year saving the authority thousands of pounds, with a view to permanently relocating to Darlington to join Government’s departments, including the Treasury, that are moving senior civil servants to the Darlington Economic Campus.

Tees Valley Mayor Ben Houchen said: “Our airport is a fantastic asset and provides people from across Teesside, Darlington and Hartlepool with quick and easy access to holiday destinations, and worldwide connectivity via London Heathrow and Amsterdam Schiphol, and that’s something we’ll never lose sight of.

“But it is an asset that is much bigger than just a terminal building and runway. It’s location, accessibility, and the hundreds of acres for business and commercial development as part of Teesside Freeport are unrivalled. That’s why we’re kicking on, putting plans in to action and ensuring that we maximise those non-aviation-based opportunities.

“This small first step will, in the short term, not only save the Combined Authority thousands of pounds, but also provides rental income for the airport. Income streams that will grow bigger and bigger as we develop both the Northside and Southside of the site as even more new businesses begin to call it home.

“The development of the airport’s land and property will be a key driver in it returning to profit within three years and will support our wider plan. Additionally, its new freight facility will provide another valuable income stream, playing a strategic role as part of the Teesside Freeport and crucially create more good-quality, well-paid jobs for people across Teesside, Darlington and Hartlepool.”