Mayor Houchen has also revealed the first images of what the facility will look like once construction is complete.

The images show the scale of the new wind turbine blade factory operated by the global manufacturing firm. GE Renewable Energy took the decision to build the factory in Teesside, in part because Teesside was awarded the UK’s biggest Freeport in the Spring Budget.

The huge 78,000sq m facility, in the South Bank zone of the Teesworks site, will sit alongside a new 1km heavy lift quay, creating the UK’s premier location for offshore wind.

Ground remediation and clearance works are well under way with more than 40 people currently employed at the site. A new £1million 95-tonne monster excavator, one of only three in the UK, recently joined the 40-strong machinery fleet to speed up land preparation works ahead of the facility’s construction, set to begin in October.

Up to 2,250 jobs will be created to support the construction of GE Renewable Energy’s factory. When completed, GE estimates that it could create up to 750 direct highly skilled jobs and close to 1,500 indirect jobs to support its supply chain. The first blade is expected to roll off the production line in 2023, with the factory serving Dogger Bank, the world’s largest wind farm located just 80 miles off the North East coast.

Tees Valley Mayor Ben Houchen said: “I’m excited to reveal the huge plans for this mammoth manufacturing facility. The real regeneration of this site is beginning to take shape right in front of our eyes and, with it, creating real jobs on the ground as we speak.

“Work is ramping up on projects throughout the whole Teesworks site and we’re creating hundreds of good-quality, well-paid local jobs for people from across Teesside, Darlington and Hartlepool right now, as well as securing thousands more for the future.”

Andrew Bellamy, Managing Director at LM Wind Power UK, a GE Renewable Energy Business, said: “We’re thrilled to be unveiling our plans today for our state-of-the-art facility at Teesside. This is a first important milestone for us. GE Renewable Energy and LM Wind Power are looking forward to continuing on this journey to transform the site and contribute to the creation of this revived location that will form a leading offshore wind industrial cluster in the UK, creating thousands of highly skilled jobs in the process.”

Jacob Young, MP for Redcar, Teesworks Board Member and Teesside Freeport Board Member, said: “The sheer scale of the GE Renewable Energy manufacturing facility being built in Teesside, within the UK’s largest Freeport, tells you everything you need to know about our ambitions for this region.

“We’re taking the lead in the offshore wind sector, and with this incredible factory we’re creating jobs now, securing the jobs for the future and producing the turbine blades that will bring the clean energy that we need.

“It just goes to show that the incentives on offer thanks to our Freeport status are a huge draw for major international businesses. It’s already put us on the map. When major businesses think growth, they think Teesside.

“We were only able to secure GE for Teesside because we were able to secure the UK’s biggest Freeport, something that wouldn’t have been possible if we hadn’t left the EU, and because of the leadership of Ben Houchen.

“Forget the naysayers and the pessimists – our region is being transformed right before our eyes. The transformation has begun. It’s already bringing jobs, investment and prosperity. And this is only the beginning.”

Mary Lanigan, Leader of Redcar & Cleveland Borough Council, said: “This is another breakthrough moment. All the hard work is paying off. The vision is being made real. This is about getting high-quality jobs back here in Redcar and Cleveland in a growth industry and I would like to thank everyone involved and wish them well.”

This is the latest development to help make Teesworks and the wider Tees Valley cement their status as a global leader in clean energy, also including hydrogen and carbon capture, storage and utilisation (CCUS) technologies.

The region’s Net Zero Teesside project, led by BP in conjunction with the Northern Endurance Partnership, has secured £52million of funding to develop its CCUS infrastructure plans. BP has further announced it will develop the UK’s largest Blue Hydrogen production facility, H2Teesside, within the region. This is in addition to the Government unveiling its masterplan to house the UK’s first ever multi-modal hydrogen transport hub for the UK on Teesside. 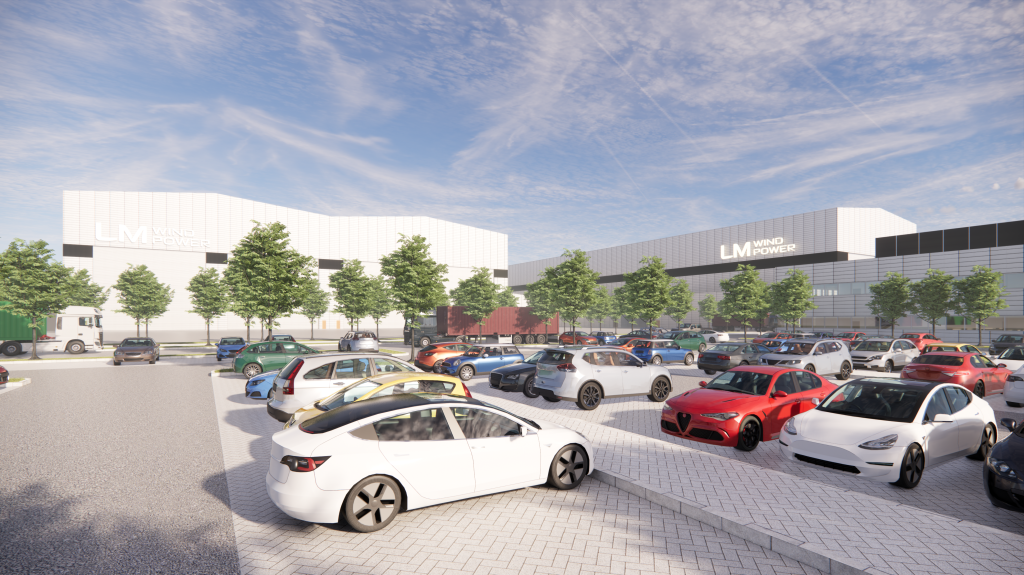